Commission Plans to Drive Retail Sales
Back to News 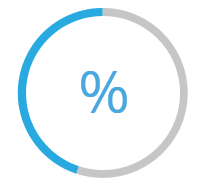 For every 100 dealerships, there are 200 commission structures. We work with dealerships that have a different compensation structure for each salesperson. If it works, don’t fix it. But is your compensation plan generating the results you desire or just the results you have come to accept? There is a saying we’ve used over the years that, “decisions we make in the good times carry us through the bad times.” Currently, there are many senior managers echoing the following “the decisions we made in the bad times have kept us alive” And, in some cases, thriving.

Depending on the products you offer, the markets you serve and, most of all, the actions you’ve taken in the last few years, your dealership might be in a great position or you could still be hoping for better days. Regardless, change is the key to getting different results. Having worked with hundreds of dealerships, we can safely say there is room for improvement on retailing aging new inventory and reducing the number of days used equipment is in inventory. Everyone desires a new trade to be sold as soon as possible without giving up margin dollars. As an owner or sales manager, to achieve this alone is nearly impossible. Unless you are a one-person sales force, you will need all the horses (salespeople) pulling in the same direction in order to get meaningful results. Imagine, everyone in the sales force exhibiting the behavior you desire regarding wholegoods inventory management. Oh, what can’t be accomplished when a team puts its mind to it?

Is the target wrong?
As outlined in the Western Equipment Dealers Association’s Cost of Doing Business study and noted in other dealership financial reports, the target percent of aged wholegoods units is stated as “zero units over 12 months old.” We believe that target is outdated. We do not know of any dealership that is ordering units with intent to retail the unit 11 months after arrival.

We might be ordering new units more than 12 months ahead of the planned retail month but more than likely the plan is to not have units in the yard for nine, 10 or 11 months before they are sold. New units age by just sitting outside.

Used equipment is even worse. Th ere are too many external factors that can adjust a unit’s value over a 12-month period. We have all bought a trade at $50,000 with the intent to sell it in the mid $50,000s. At the time we bought the trade, mid $50,000s was the right retail number. Twelve months later, however, the right retail number might be $45,000. Values are constantly changing. Therefore, the sooner we get units sold the better off we are.

In the previous example, how many dealerships have had to pay a spiff in order to get a salesperson to sell a unit at zero margin or a loss? Disregard the fact that the department paid full commission on the deal that generated the trade. Dealerships are asked to pony up more money in order to get a trade sold, which either were bought wrong in the first place or did not get sold before the market value adjusted. Either way, we end up paying more of our gross margin dollars in commissions.

Changing sales force behavior
Following is a list of behaviors dealerships should encourage their salespeople to adopt:
1. Urgency to sell fresh inventory
2. Avoid taking the hard-to-sell trades
3. Target potential trades that are desirable in your market
4. Presell trades as often as possible
5. Improve used marketing skills to complement selling skills
6. Quickly sell trade mistakes without salespeople complaining about making no commissions
7. Reduce the number of trades in a series
8. Accept commissions paid from actual gross margins
9. Understand that every new and used unit in a series of trades is equally important
10. Have a healthy appreciation for all the negatives that aging new and used inventory has on the cash flow of the dealership

TRENT HUMMEL is a fourth-generation agricultural equipment dealer and a leader in the equipment industry. He also is a lead trainer for and consultant to the Western Equipment Dealers Association’s Dealer Institute. He provides onsite training and public courses to improve dealership asset management and business operations.