The mission of the Dealer Performance Group (DPG) is to accelerate the professional development of the members through peer to peer learning and accountability, leading to improved dealer performance.

These groups are made up of like-minded, similar size John Deere equipment dealerships and their owners/key managers. The first Dealer Management Group was established in 1989. Currently the owner-groups involved represent over 300 locations throughout North America and Australia with total combined sales that exceeded $6.5 Billion in 2012.

Our Service Management Group program is a powerful management tool that enables service managers to meet, share ideas, learn and understand service as it relates to financial performance and increased profitability. 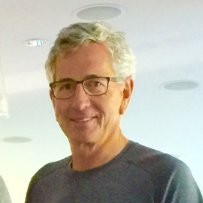 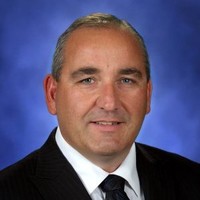 Born and raised on a family farm in central Saskatchewan, I started out in the John Deere business in 1995, as a Sales Manager for the Deere dealer in Unity, Saskatchewan. In the fall of 1996, I became an owner of the dealership and renamed it Green Acres Equipment. I took on the General Manager role at that time as well. In 2002, we acquired the John Deere dealership in North Battleford which was about an hour away.  In 2003, we acquired a two-store Deere dealership in my home town of Humboldt, with the second location in Kelvington, Saskatchewan. Those first years of ownership were very trying times as the industry went from highs to a three-year period of too much used equipment. The positive was that lots of lessons were learned and I believe this helped prepare us better for the future. With John Deere’s Dealers of Tomorrow strategy being communicated in the mid 2000s, it became clear that we needed to expand to continue to meet the needs of our customers in the future. So, in 2009, our four stores formed a new dealership with our neighboring John Deere dealer to the south of us and we became known as JayDee AgTech. We were now a nine-store dealer group with my role changing to VP/General Sales Manager. In 2014, our group sold out to the Pattison Group.  I continued to work for their company during the transition of ownership, prior to retiring in April 2016. My wife Gail and I have 3 children, Brennae, Jaden and Rheanne. Our family is very involved in sports, as well as enjoying camping and water activities in the summer. I still actively farm with my brothers in the Humboldt area. 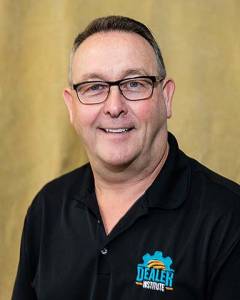 Kelly has almost 30 years experience in the agricultural equipment industry. He started his career as a sales representative during the high interest crunch of the 1980’s He then spent 10 years in sales and marketing with the distributor and wholesale manufacturer, Flexi Coil, covering Canada, Australia and the U.S. In 1996 he became a partner in a single store John Deere Dealership in Brandon, Manitoba. Over the next 12 years, it grew from 1 store to 7 when they eventually merged with Enns Brothers in 2008. Over the years, he gained experience as a Sales Manager, Aftermarket Manager, General Manager and Group Marketing Manager. In 2011, Kelly sold his partnership interest and took a contract as Group Product Support Manager with Chesterfield Australia, one of the country’s largest John Deere Dealer groups. In 2014, Kelly launched a consulting and training company, Kayzen Management, and in 2015 joined Western Equipment Dealers Association’s Dealer Institute as a consultant and trainer. Kelly brings his unique, real life experience and time tested best practice solutions to a wide scope of dealership issues. His philosophy of “continuous improvement” can be applied over all dealership departments.